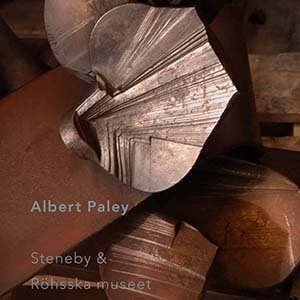 In 2011 Albert Paley traveled with assistant Tyler Guay to Steneby – The School of Craft and Design at the University of Gothenburg, Sweden where for two weeks they worked alongside the students to create 12 large forged sculptures.  The organic form of the sculptures was not planned prior to their creation, but improvised as Paley and his team responded to their material and the creative possibilities of the forging process - tapering, swaging, splitting, upsetting and punching.  As a result, the work can be read both as a series of discreet pieces of expressive sculpture and as a collective document of a process, both intellectual and material.  Ten accompanying drawings were developed after the sculptures were completed and represent a further translation of Paley’s process and a doubled exploration of line and form.
Albert Paley - The Artist
LEARN MORE
585.232.5260|1677 Lyell Ave., Suite A, Rochester, NY 14606
Copyright © Paley Studios 2020 - All rights reserved
Web Design & SEO by Scriptable Solutions.