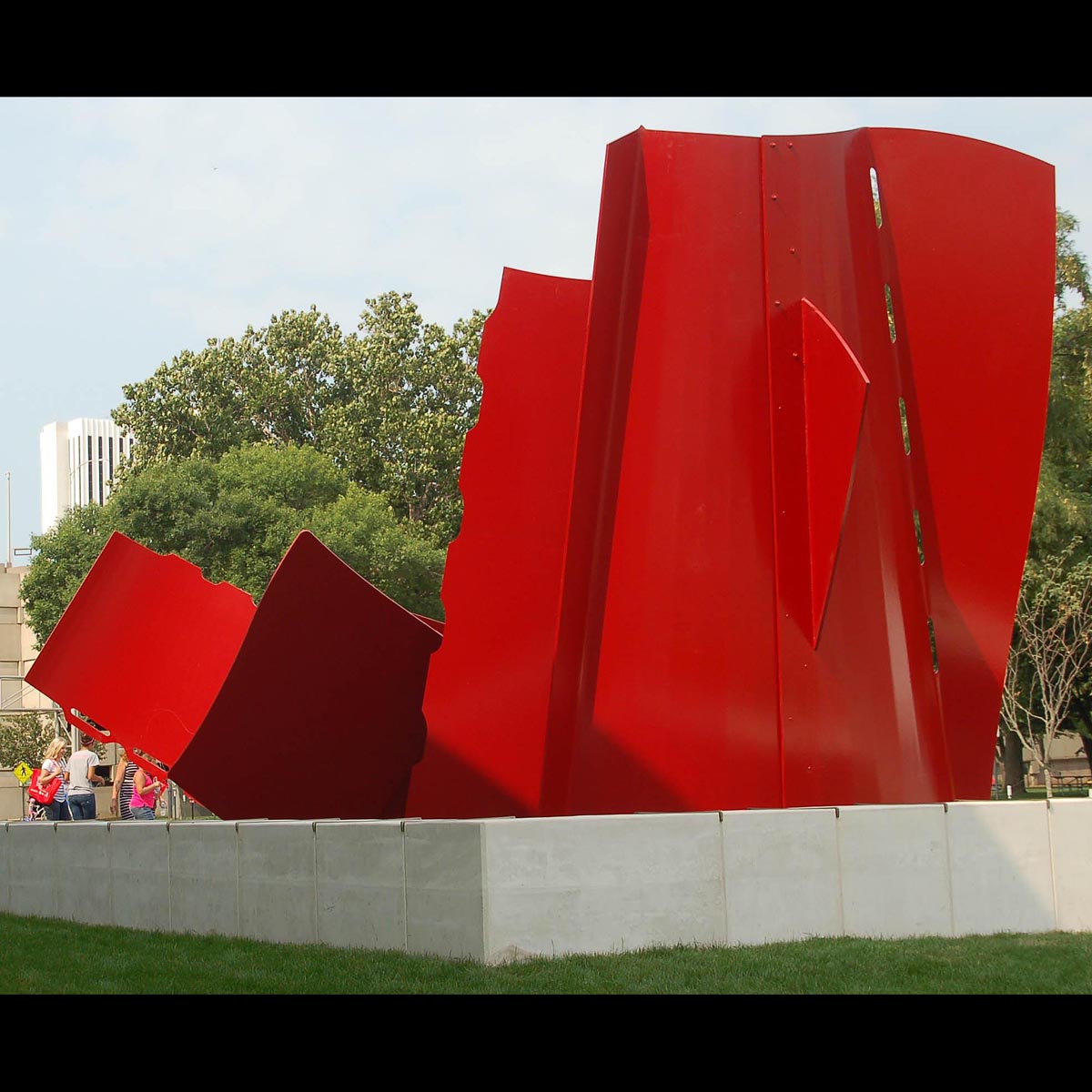 In June of 2008 a destructive flood swept through Cedar Rapids destroying some of the city’s most prominent public structures including the Public Library. The damages at the library were devastating. Everything on the first floor of the facility, which occupied a city block, was lost to the flood.  Approximately 200,000 items in the collection were ruined. Community volunteers and the Library Board of Trustees launched a campaign to re-envision how the library should function and to re-build it.
In 2013, the new library opened.  It was designed as a LEED building with energy and cost saving features built into the design including a green roof with rainwater harvesting irrigation.  At the entrance, a new Paley Sculpture titled Regeneration was installed, symbolic of the renewed library for Cedar Rapids.
Albert Paley - The Artist
LEARN MORE
585.232.5260|1677 Lyell Ave., Suite A, Rochester, NY 14606
Copyright © Paley Studios 2020 - All rights reserved
Web Design & SEO by Scriptable Solutions.