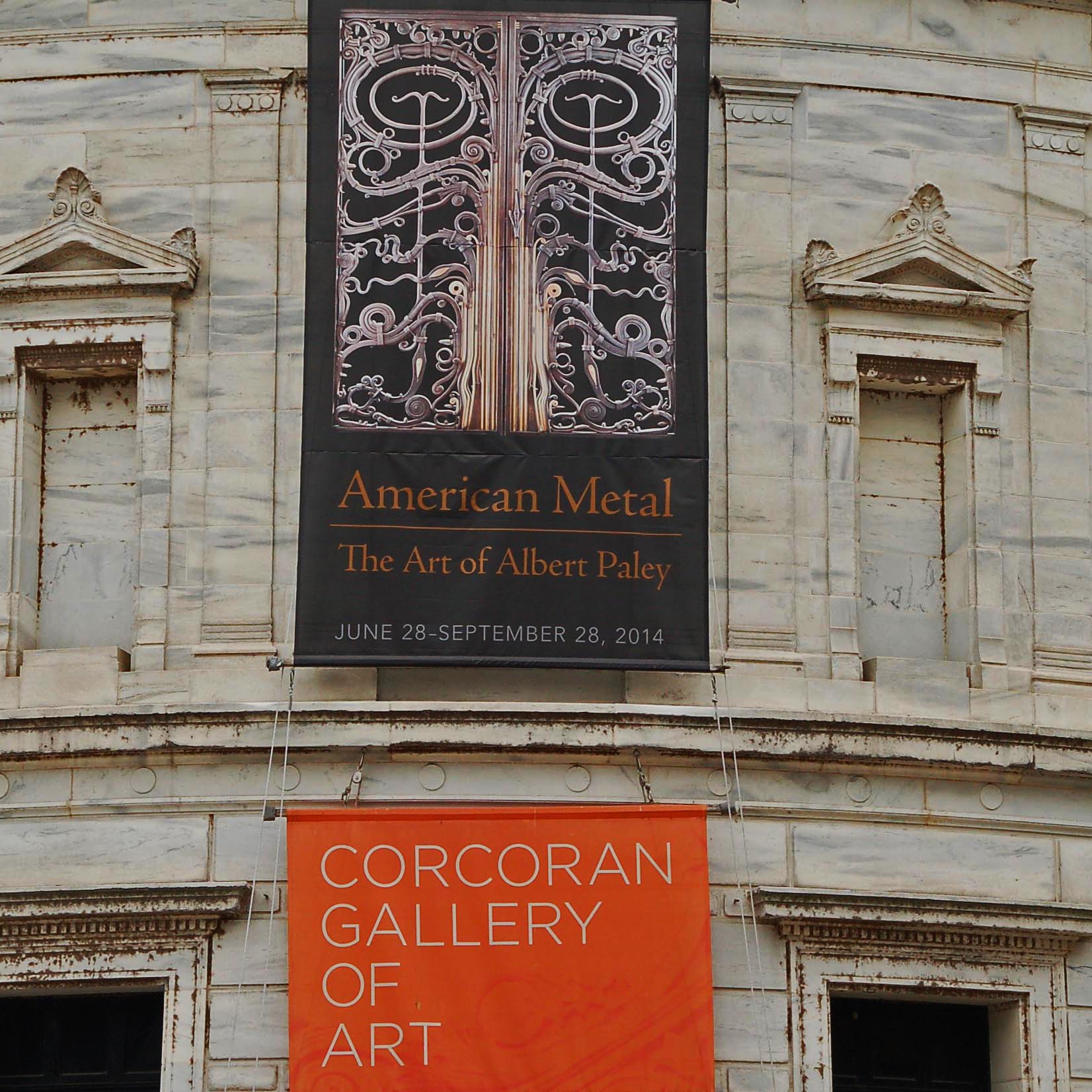 American Metal: The Art of Albert Paley featured a retrospective review of the works of Albert Paley throughout his artistic career. Over the years, Paley and the Corcoran Gallery of Art have developed a strong relationship. Initially starting out as a jeweler, Paley has grown to become one of the most distinguished and influential metalsmiths in the world. After Paley’s career-turning Renwick Portal Gates, the Corcoran obtained their first Paley piece, Animal Sculpture (1985). Paley has also worked extensively with Corcoran Gallery of Art staff and students, inspiring the population of the museum and college regularly. Paley first worked with the president of Corcoran, Paul Greenhalgh, in 1995, when he created Bench for the Victoria and Albert Museum in London. Greenhalgh was thrilled to present Paley at the Corcoran, an artist who is constantly “pushing the language of modern metal into new terrain”. This exhibition was the last that the Corcoran Gallery had on display before closing in 2014. The collection is currently being re-arranged within the National Gallery of Art, while the college has been taken over by George Washington University.
Albert Paley - The Artist
LEARN MORE
585.232.5260|1677 Lyell Ave., Suite A, Rochester, NY 14606
Copyright © Paley Studios 2020 - All rights reserved
Web Design & SEO by Scriptable Solutions.