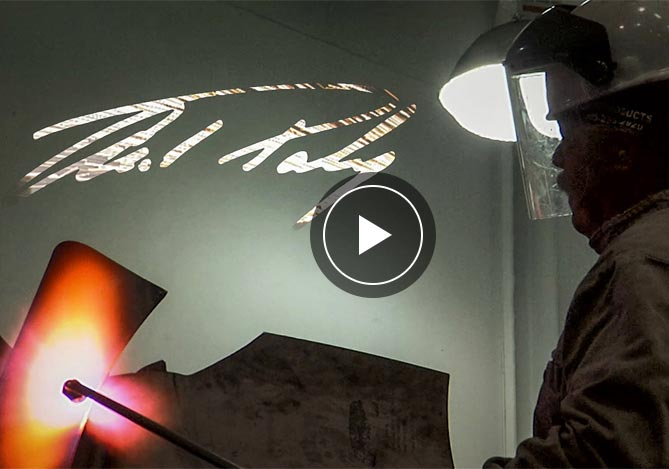 "The reason for this announcement is that I've made the decision to downsize my studio operation. Presently, I'm maintaining three independent studios for design, development and fabrication. My largest studio is a 40,000-square foot fabrication space where we do large-scale, site-specific works. I have a year and a half left on the end of a 10-year lease, and I've made the decision not to renew that lease. I've informed my staff, as well as various institutions and supporters of my decision.

At this point in my career, the involvement in large-scale work with architects and city planning extends to a three to four year period which I want to reduce. Last year, we've executed four major pieces, including commission work and exhibitions. Also, this year, I have been involved in exhibitions internationally in Europe and in Australia. There are many demands and logistical concerns with the complexity of my present studio operation. I want to downsize and focus my intentions more on the aesthetic pursuit that I've always been involved with and try to simplify that involvement. My plan is to focus my time and energy on more one-of-a-kind pieces and unique projects. The magnitude and demands of my studio operation needs more flexibility for me to pursue my current interests.

This decision is also in reference to estate and legacy planning. Currently works are being placed in major institutions and collections to achieve that end. As well, over my career I’ve developed a significant archive that I would like to have placed in a major educational institution. Education has been integral to my studio practice in academia and with lectures and conferences. Therefore, placement of the archive would be an important component to the legacy aspect. Basically, at this point in time, this is an acknowledgment of that reality."
Albert Paley
Albert Paley - The Artist
LEARN MORE
585.232.5260|1677 Lyell Ave., Suite A, Rochester, NY 14606
Copyright © Paley Studios 2020 - All rights reserved
Web Design & SEO by Scriptable Solutions.